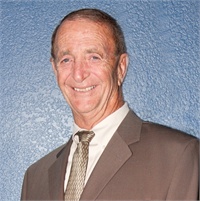 Hugh Ruggieri, President of Ruggieri Financial & Insurance Services, Inc., is a native of Southern California and has been working with retirees in the Inland Empire for over 30 years.  After several years of working for a major financial institution, it became apparent to Hugh that what clients needed most in retirement planning was often not available through the limited investment products available from one company.  This led Hugh to establish his own team of business partners, Debbie Sadler of over 20 years and Brenda Avalos over 10 years, who share the same core beliefs of honesty, integrity and trustworthiness.  At Ruggieri Financial you are more than a client - you are treated with the respect and thoughtfulness we would give our family.

Hugh has lived in the Inland Empire for over 30 years along with his wife of also over 50 years, Linda Sue. They have three grown boys, five grandkids, and two labs which they love spending time with. Other things they enjoy are boating and fishing. Hugh strongly believes in pre-planning and reviewing “your life plan” since things change in life and we should always be prepared!